Did Disney Fool Us All? 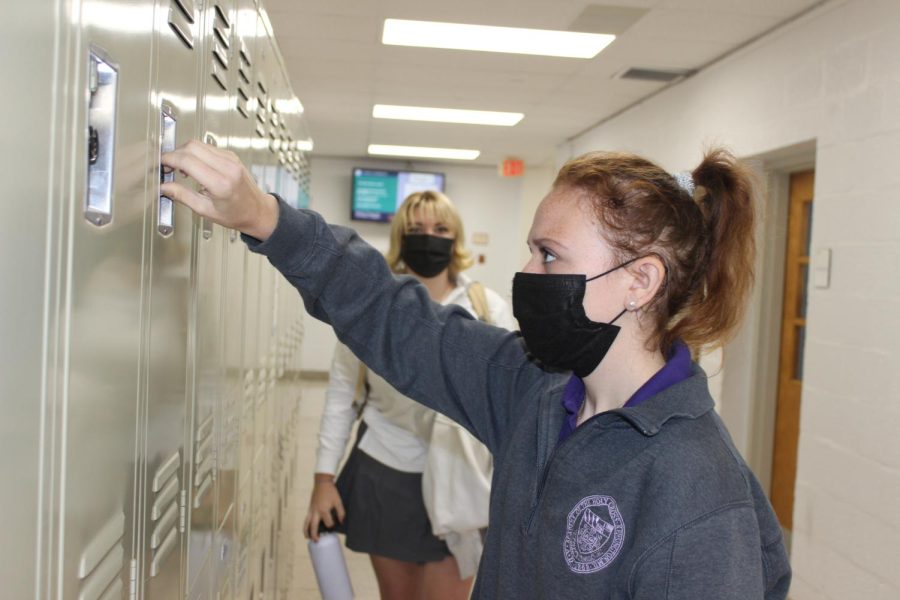 Sophomore Jillian Puglisi enters her locker combination to open her locker. She is gathering her books to prepare for class starting at 8 a.m.

Many students believed that their high school life would be a lot different than how it actually is. Watching shows and movies can set unrealistic expectations for how the high school experience is, especially for incoming freshmen.

“All of the TV shows I watched growing up emphasized stereotypes,” sophomore Ava Lunacek said.

The characters in these movies and shows were a lot older than they actually were supposed to be. Being young and naive, kids think that this is what high school students are supposed to look like.

“I remember thinking that the high schoolers were obviously adults,” religion teacher Erica Mullikin shared. “But when I hit middle school I started to realize…wait, we don’t look like adults.”

Along with being a lot older than they were supposed to be, students were also portrayed as doing things that were not normal for their age group.

“And Euphoria talks about all of these great parties when in reality, most students are not drinking or doing drugs…” Mullikin explained.

In a lot of shows and movies, high school is shown as a place full of cliques. Children sometimes think they would have to change their image or else they would be bullied by the popular kids or the bully.

“I was so worried that I would be bullied or stuffed in lockers,” Lunacek announced. “But that just doesn’t happen.”

The students in shows would also do and say many things that are not allowed in real life.

“The rules were less strict, based on what I’ve seen,” Mullikin mentioned.

The social status of the students was shown as being the most important part of high school. The athletes would be the most popular, and nerds would be the least popular.

“Here there is no football or cheer,” sophomore Charlotte Kinsley said. “They were the basis of the high school hierarchy.”

Attending an all-girls school means that half of the stereotypes do not apply for the students. Since this is a smaller private school, a lot of the students are close, meaning there is no spontaneous bullying in the hallways.

“I feel like Holy Cross is such an uplifting girls environment,” Lunacek shared. “No one bullies other girls about their appearances.”

Private schools are not portrayed as often in popular movies and shows, which reduces expectations when comparing real life to the movies realistically.

“My expectation of high school became unrealistic when, first, I went to a private school, and second, went to an all-girls school,” Kinsley announced.